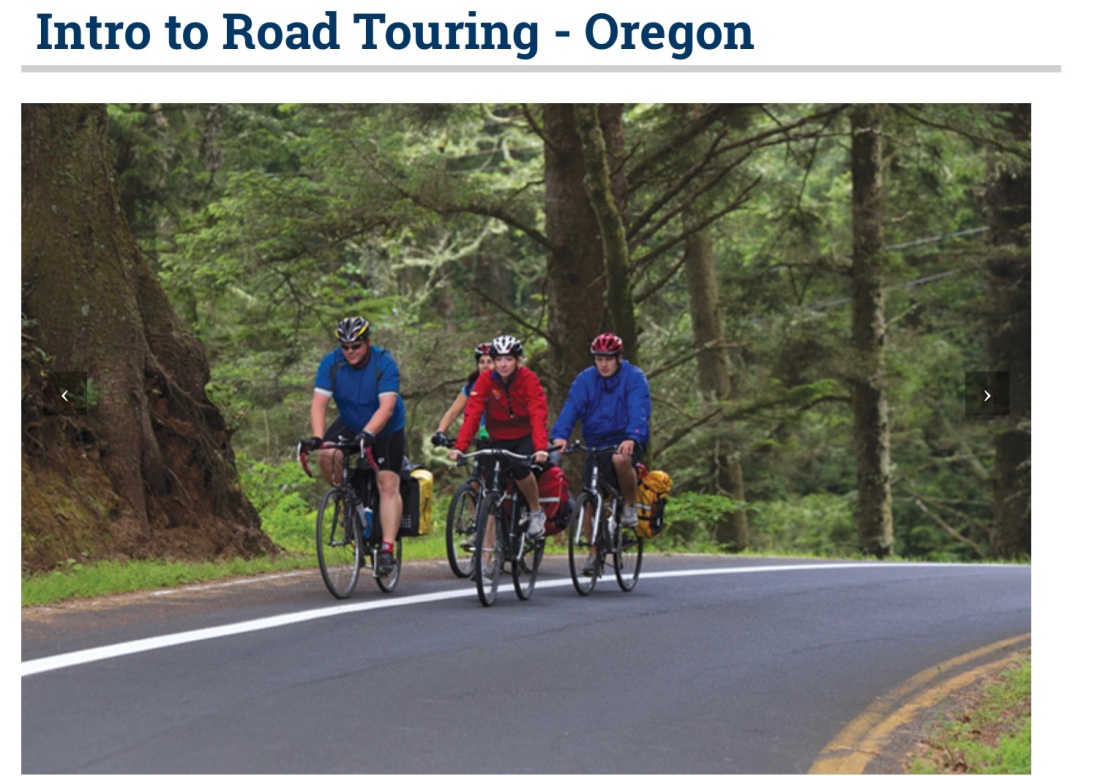 I attended the Adventure Cycling course. It was well worth it. The most valuable thing was the interacting with the instructors and students that attended. It was a group of 13 students and 2 instructors from across the United States (Alaska to Florida). The ages were from 24 to 70? Each of us had a different approach to preparing our bikes for the journey. All of them worked well. I was the only bent rider. There was also a tandem. One trailer was also used. I have pictures from most of the group here. Apologies to Peg, Ken, and Janita. 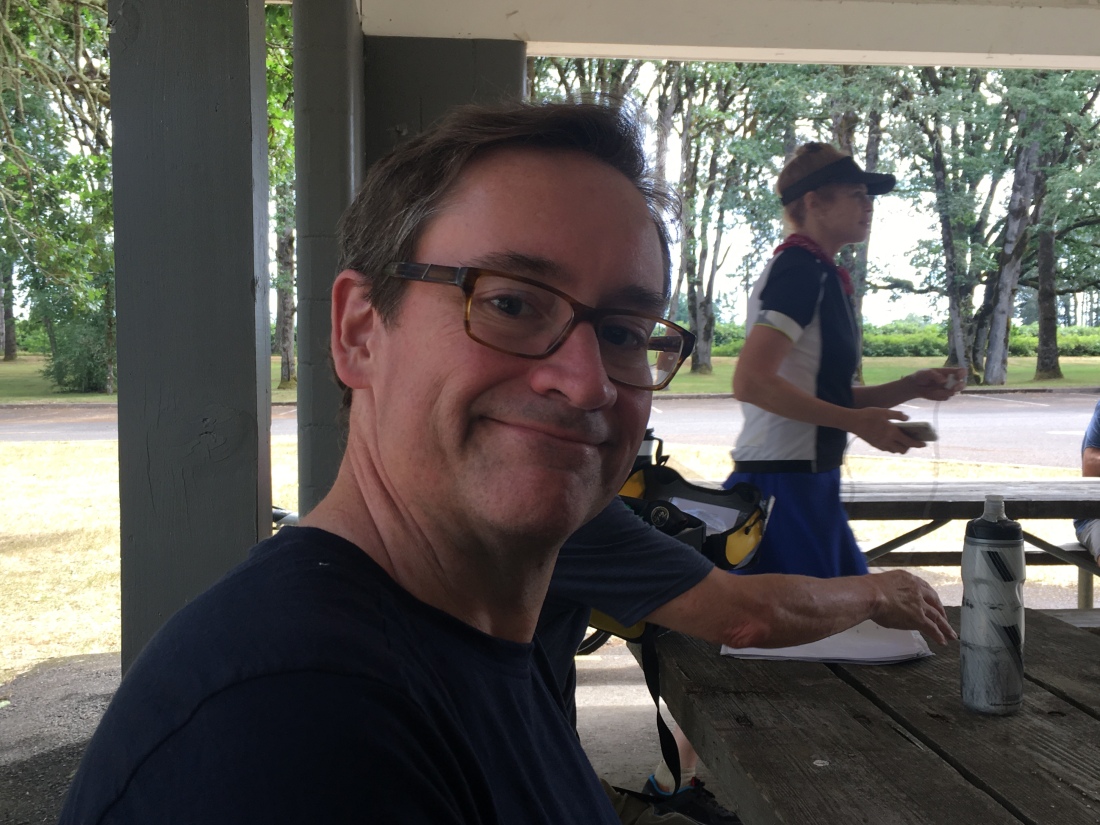 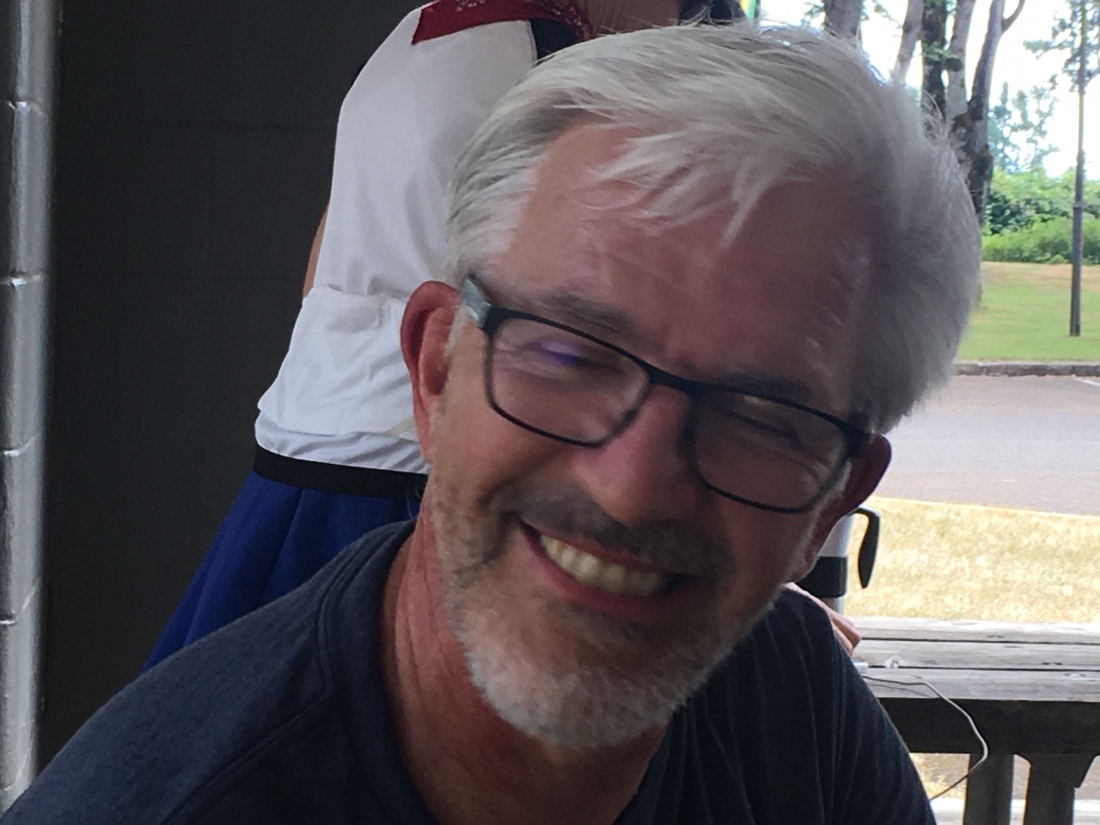 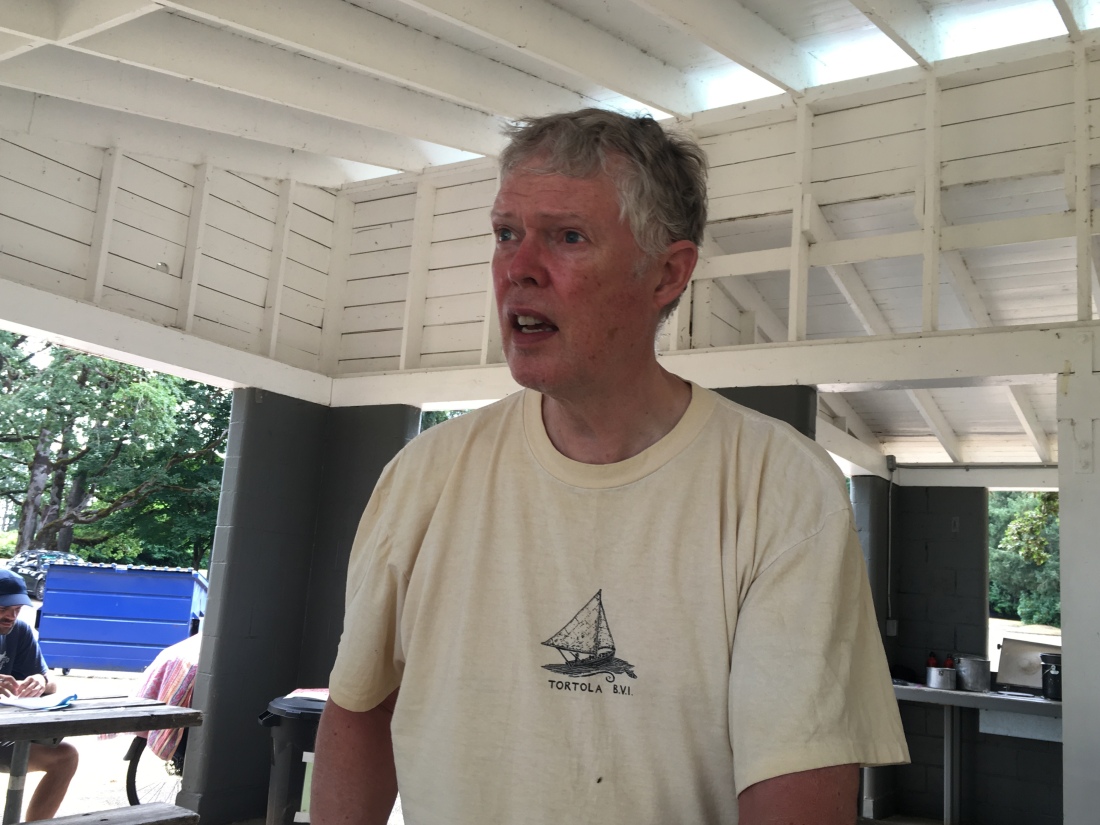 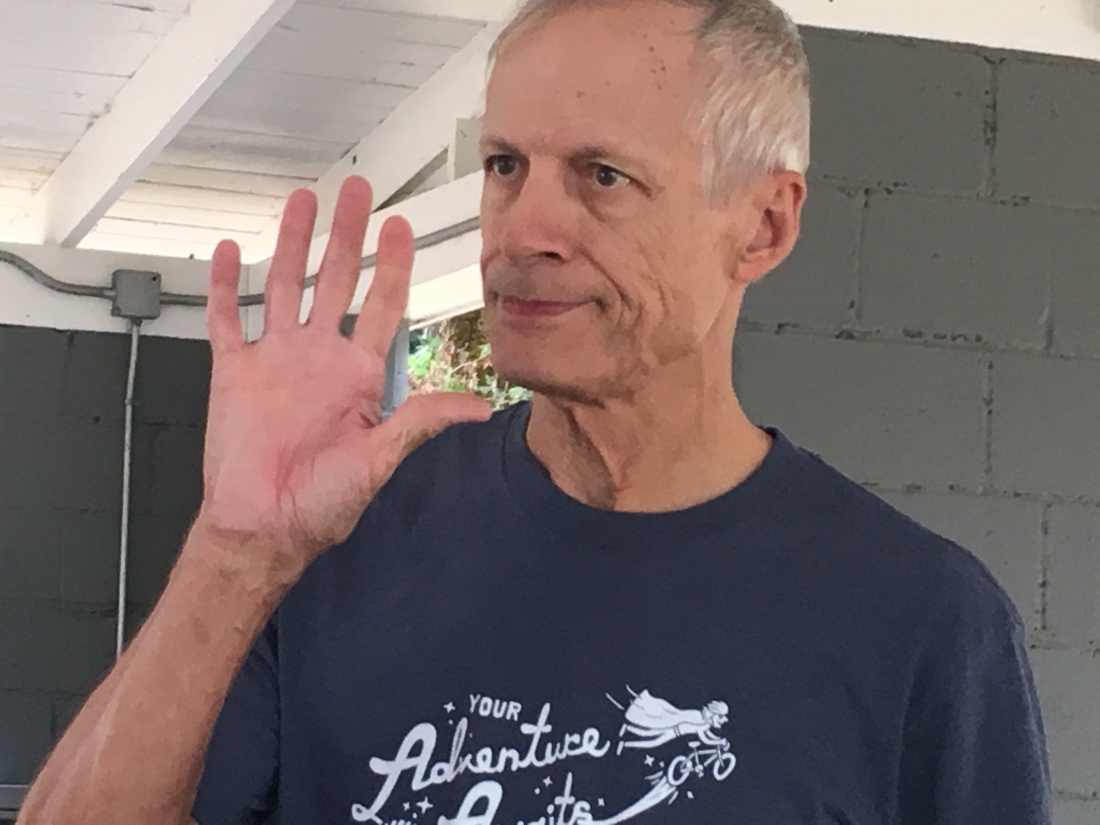 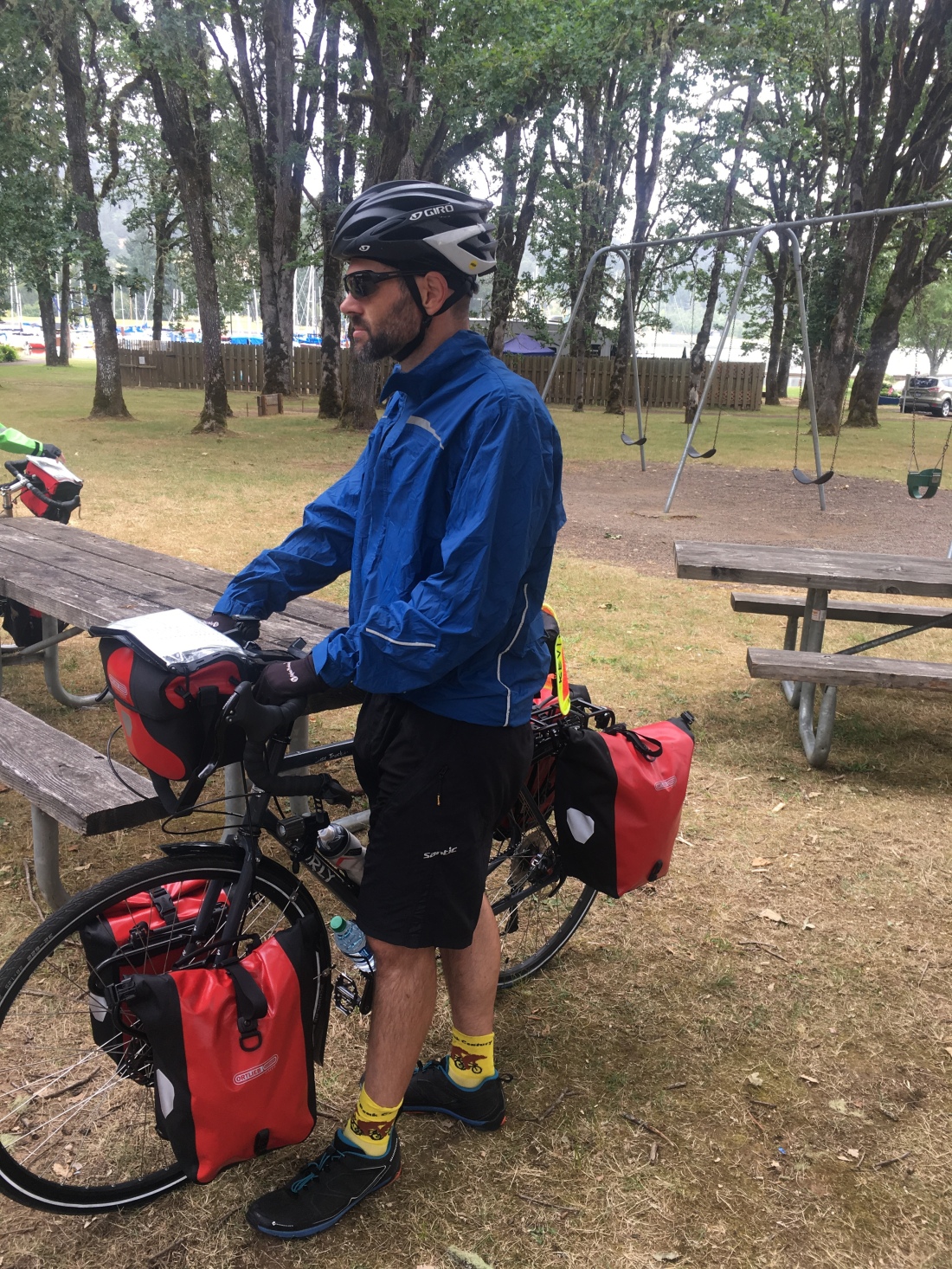 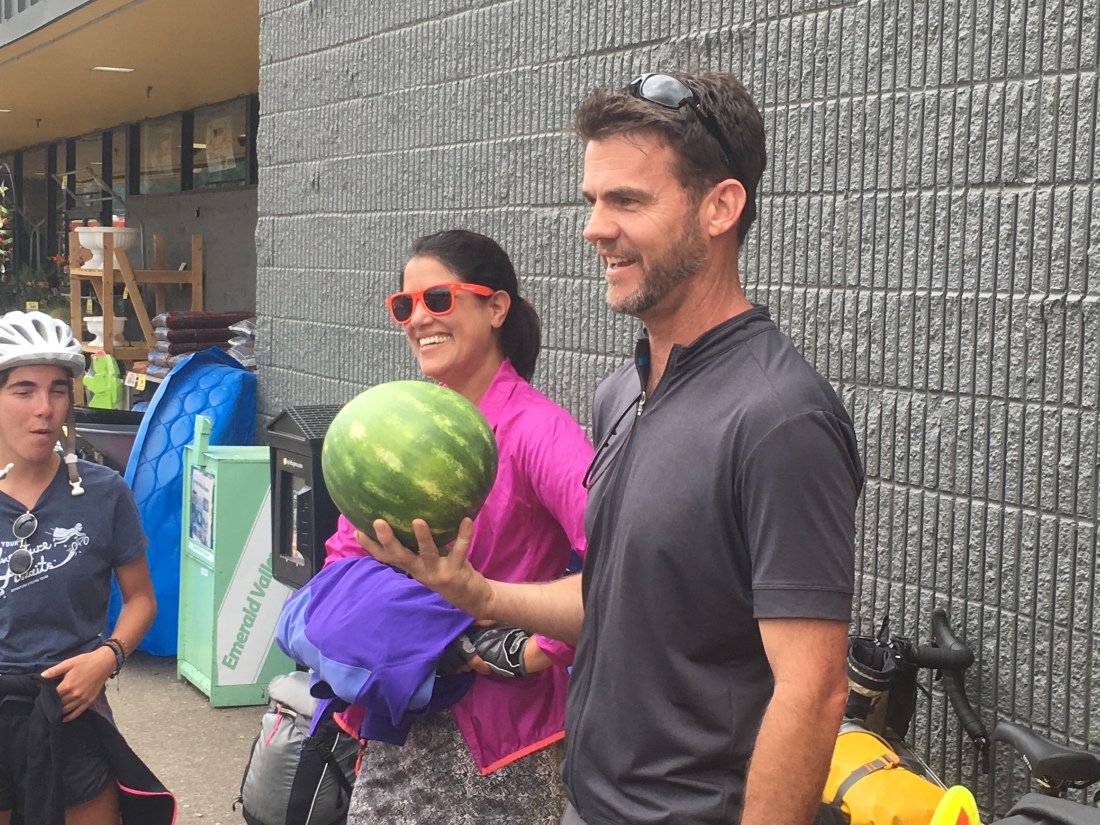 The course was all mapped out and GPX files were distributed before the event. This made navigation very simple for me. I have audio instructions generated by MapmyRide app on my iPhone sent to my bone conducting-aftershokz. This conducts the audio through the cheekbone. It does not plug the ears. So, it’s legal for operation on the road. It worked without problems. I do not have to study a map while riding. I never miss a turn.

Each night there was a campground designated, We all camped and ate together as a group. During the day we would spread out on the course according to our pace. One of the instructors rode sweep to provide assistances as needed. After breakfast each morning, we made a bag lunch we could carry with us on the bike,

On the first day the group was divided up into 4 cooking staffs. One for each day. On each day the new staff was responsible for buying, cooking, and cleanup for dinner, breakfast, and lunch. At the grocery store there was always a large load to be divided up and transported to camp. Sometimes there could be a few miles to carry the load. Everyone was responsible for carrying some fraction of it. So, there was always a big gathering of everyone.

Handing the responsibility out to the group, resulted in a connection to the process where each staff was involved in coordinating a meal, with the supplies available at each grocery store. Our group wound up with a Mom and Pop store with minimal supplies. Fortunately we had experienced cooks on the team that could improvise the recipes on the fly. The results were impressive and well received. My contribution was running the stoves. 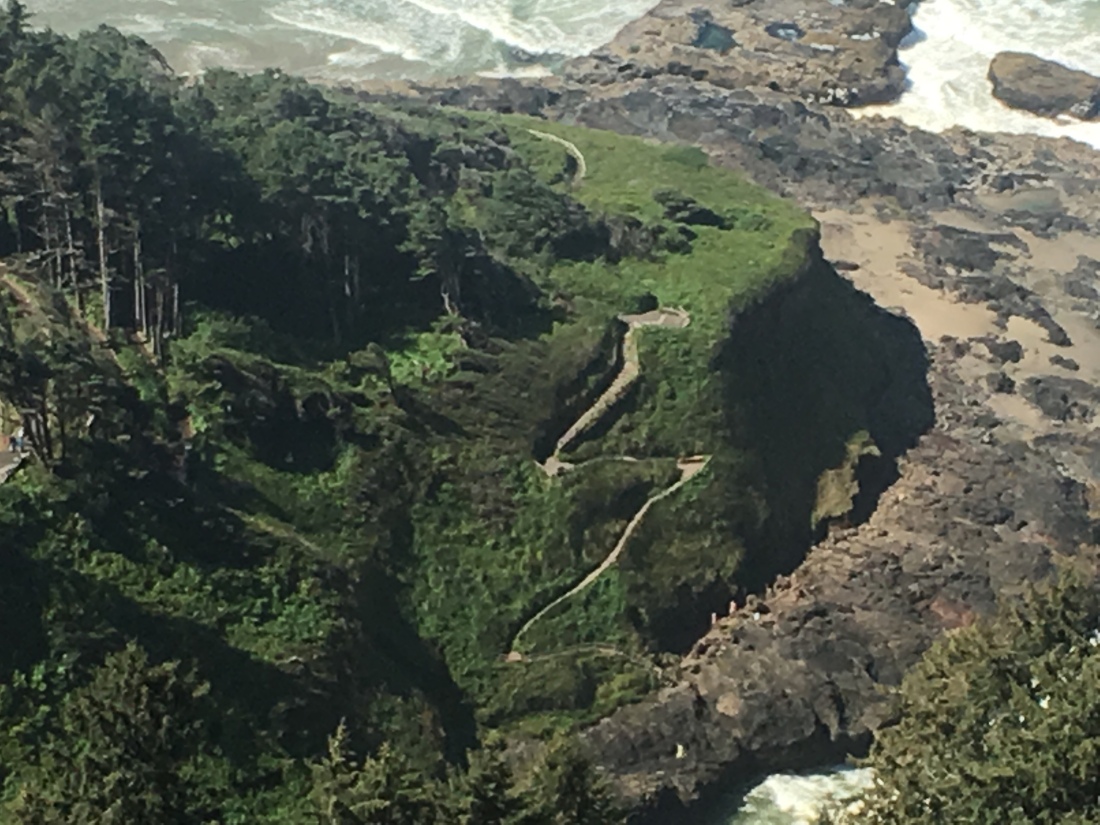 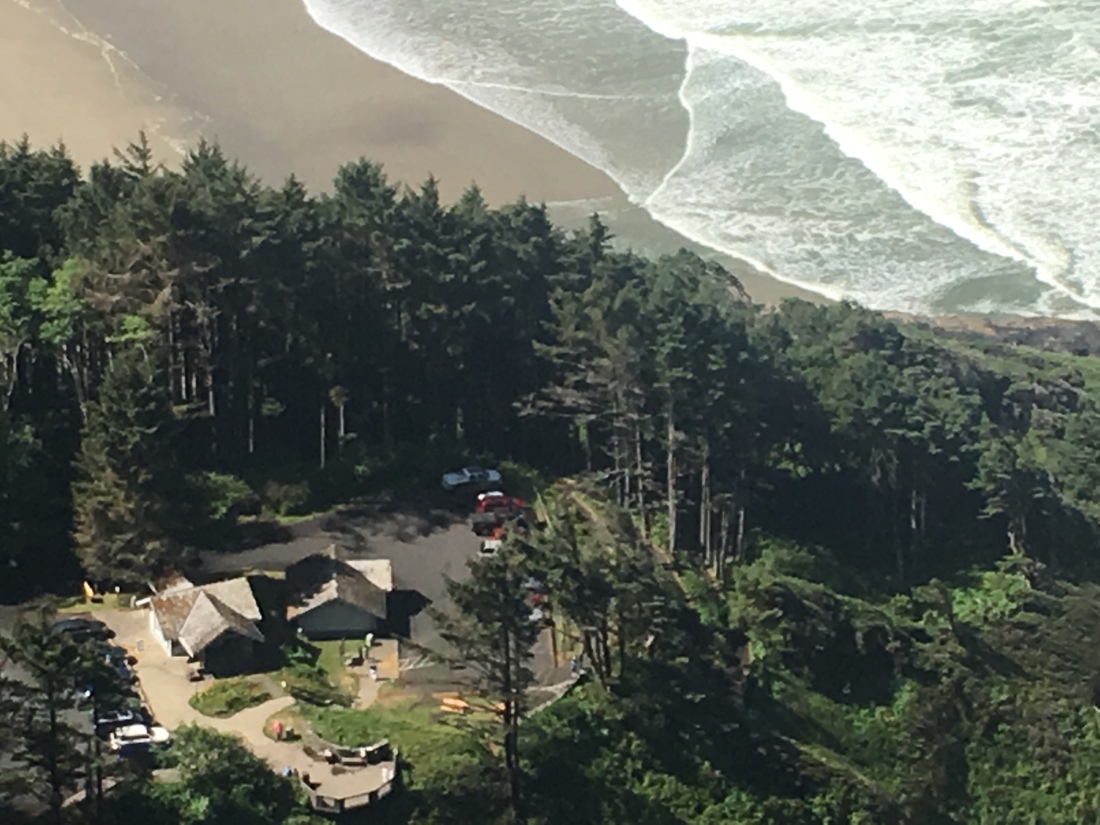 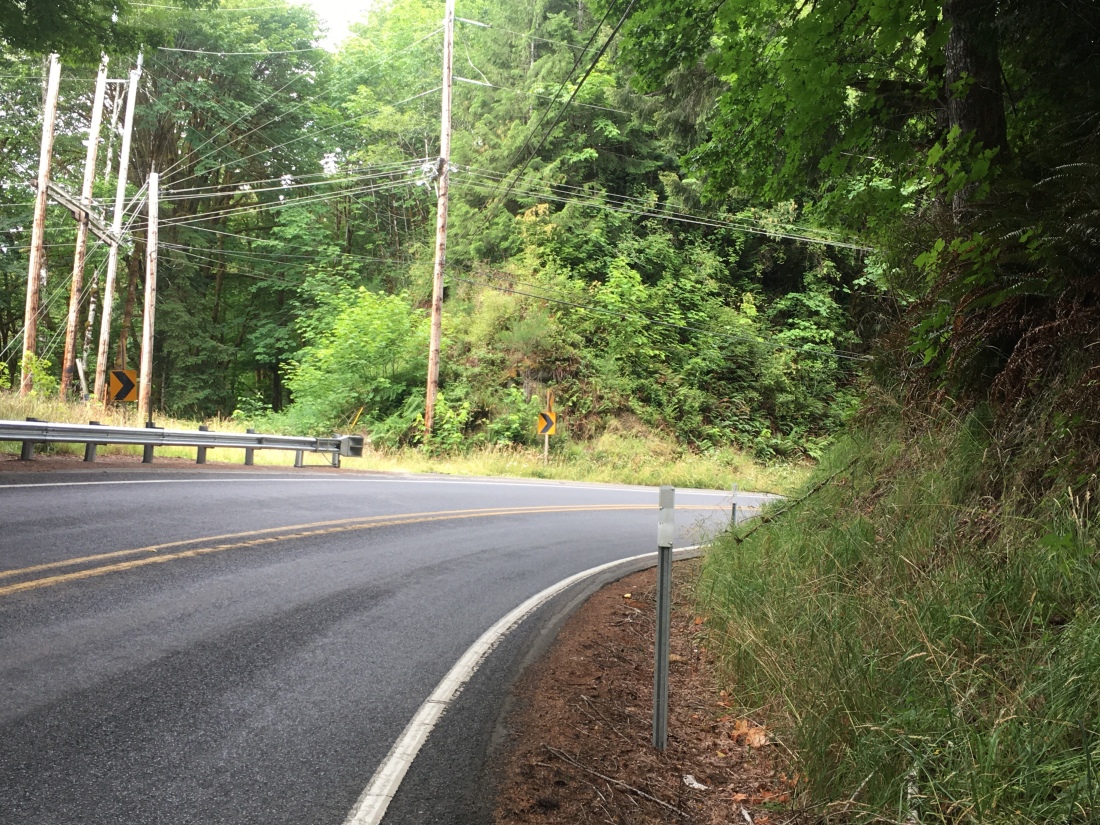 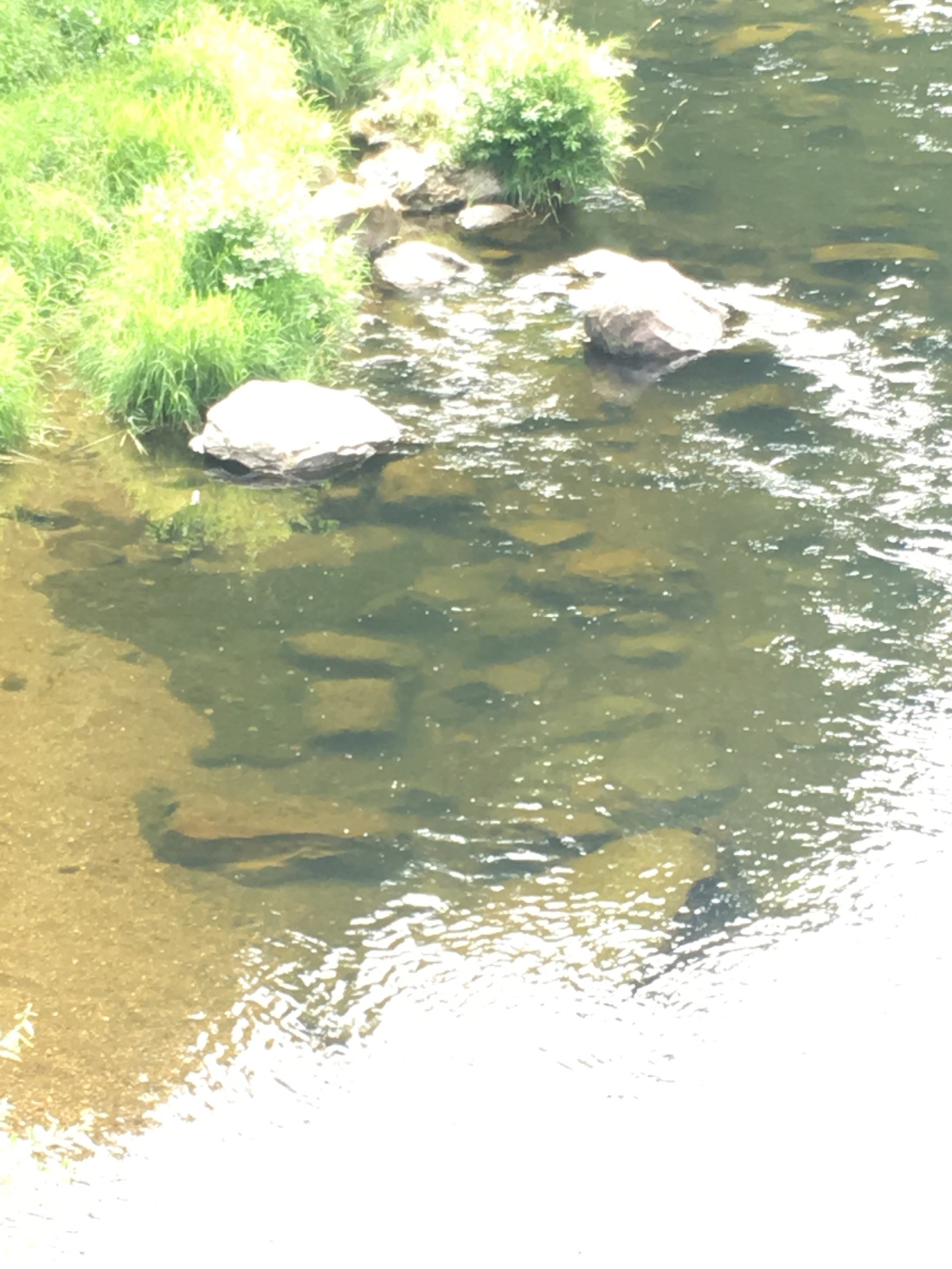 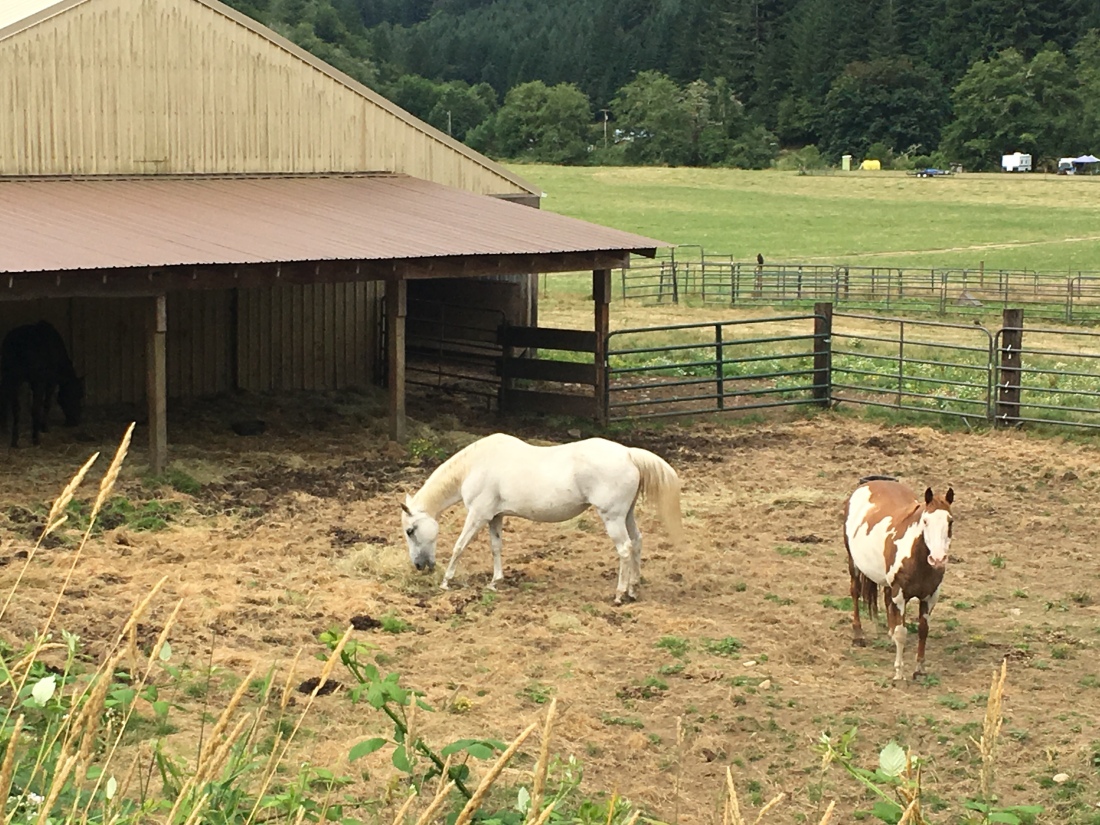 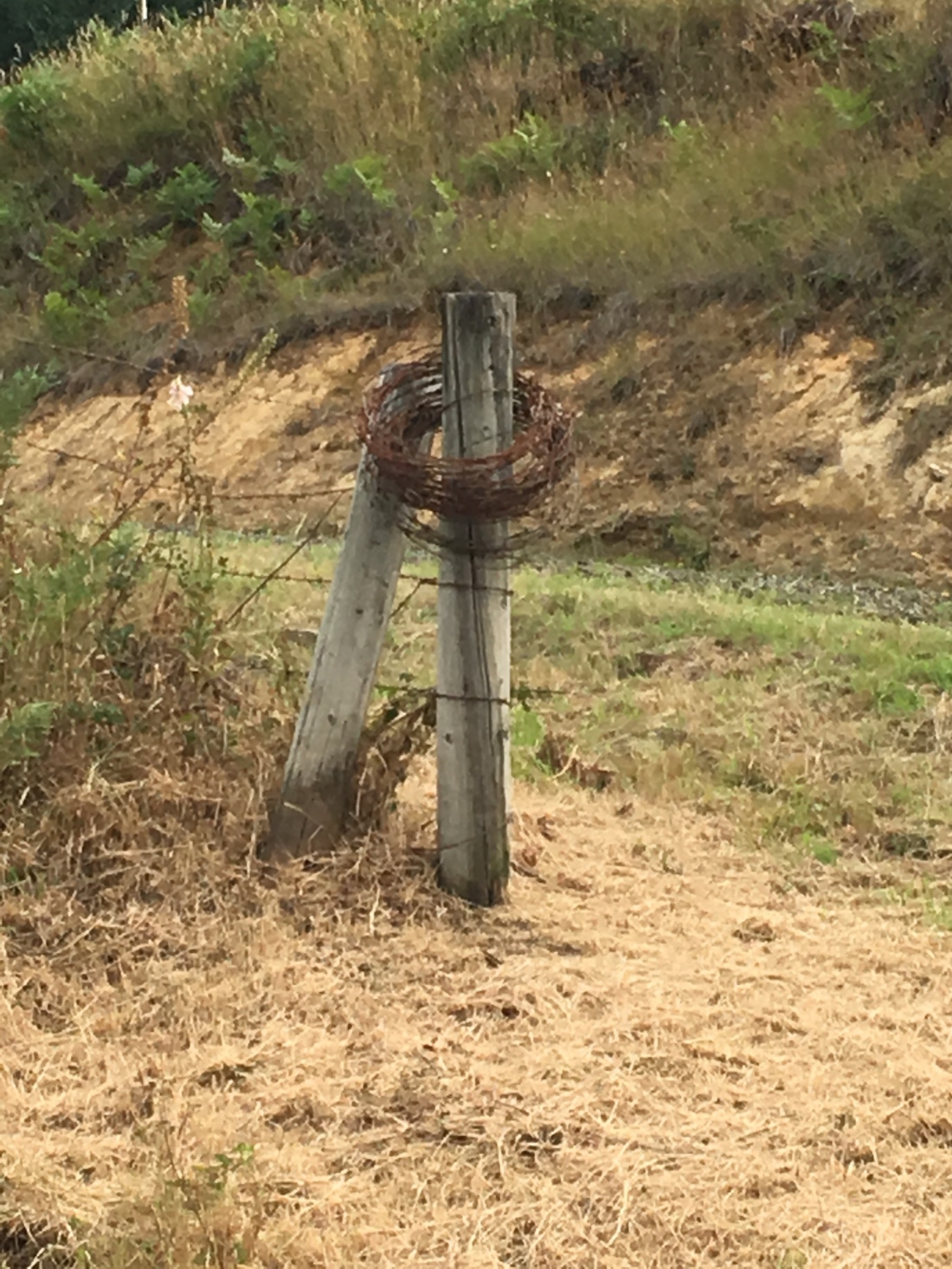 In four days we covered 180 miles and I made friends with a lot of interesting people. I made some tentative plans for future outings with a few and we parted ways.

I left our group with about 10 miles to an Airbnb I had lined up weeks earlier. I was amazed to find a place for $24/night. Without thinking about it, I headed out and found the place. It was a small house in the sticks, no stores of any kind nearby. So, I had a small bag of peanuts. That was dinner for me. Breakfast the next morning would be in Triangle lake some 15 miles away. I’ve dealt with worse.

Though I was sleeping in a house, my tent was damp and needed to be set up and aired out. I sat on the front porch of the house to attend to this. 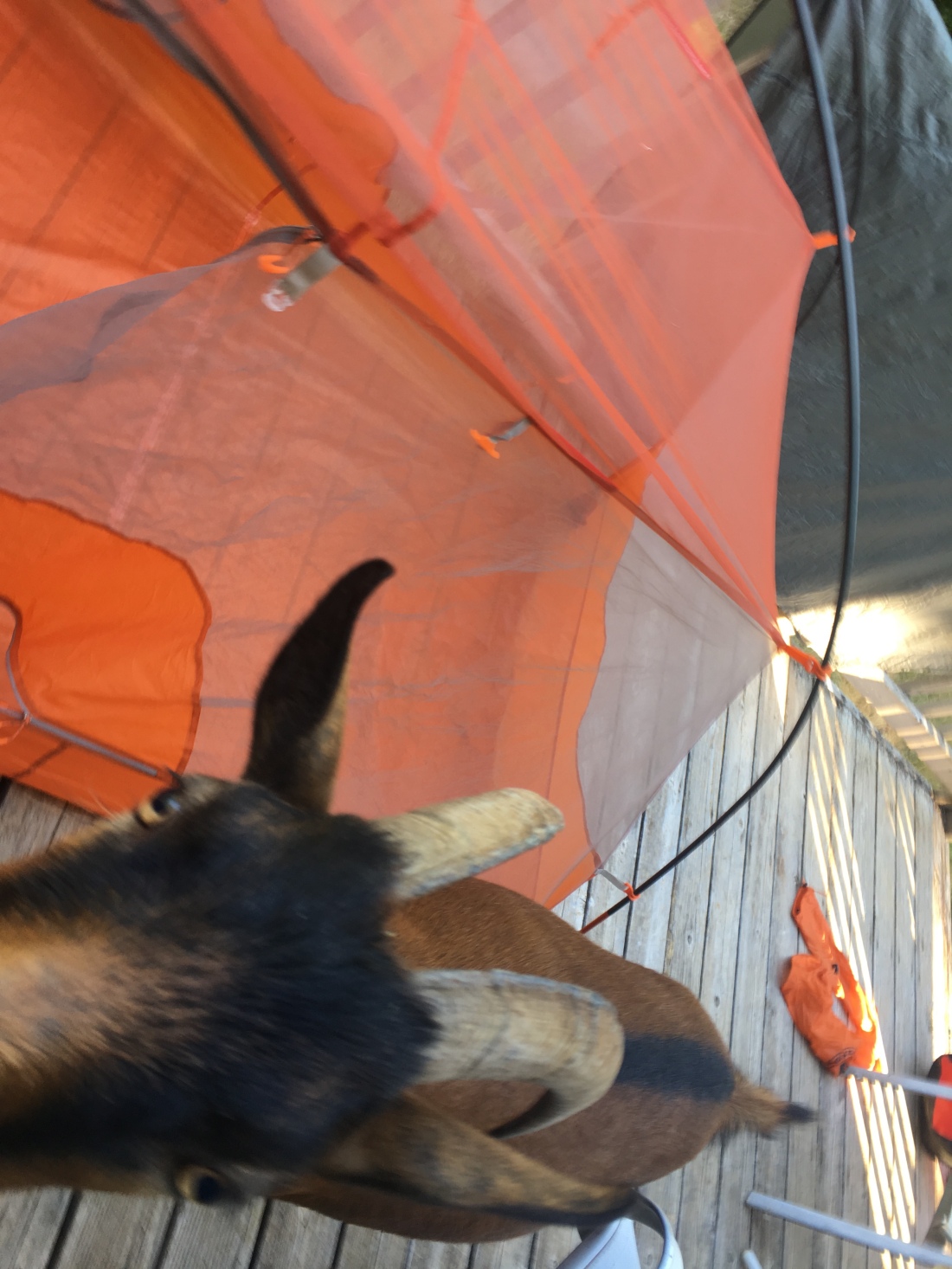 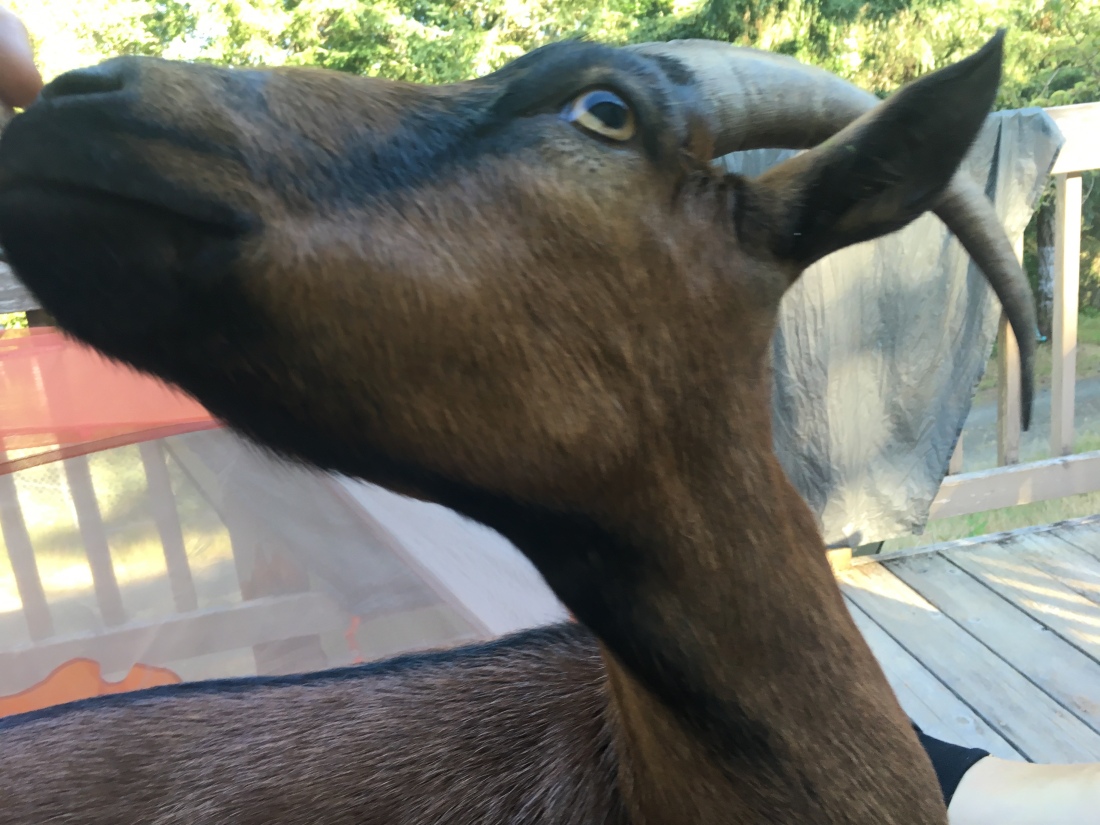 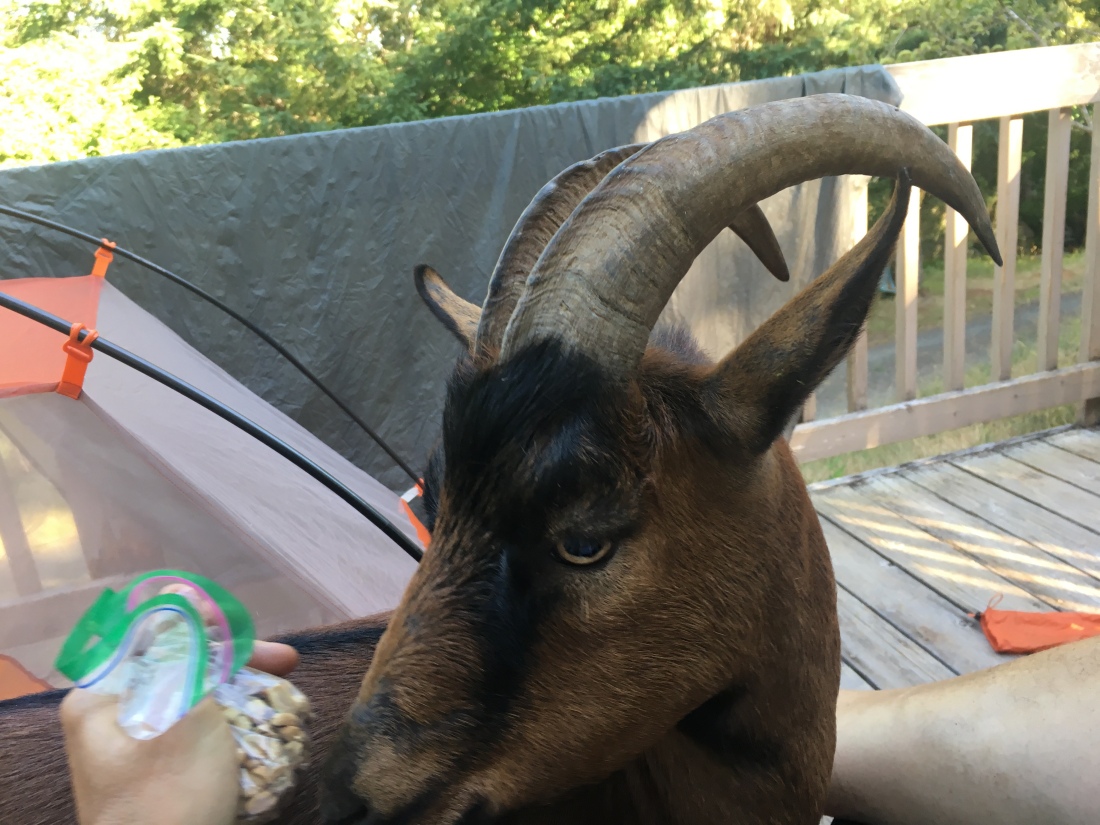 A rather handsome goat stopped by to check me out. I made the mistake of showing him my supply of peanuts. He got very interested in the peanuts. Things got a little chaotic. In the interest of protecting my tent, I surrendered the peanuts. He ate all of them and the bag too. In the end, the tent is OK and I made it to breakfast without bonking.

Weeks earlier I planned to meet my sister Ruthe and her husband Jim in Bandon. They live in Ashland and took the four hour drive to the coast. Now that I had a gauge on my pace and range. I could with some confidence make the reservations for us two days ahead of time. I planned to meet them in 120 miles and two days. This is not a difficult pace as long as there are no contingencies. There were none. 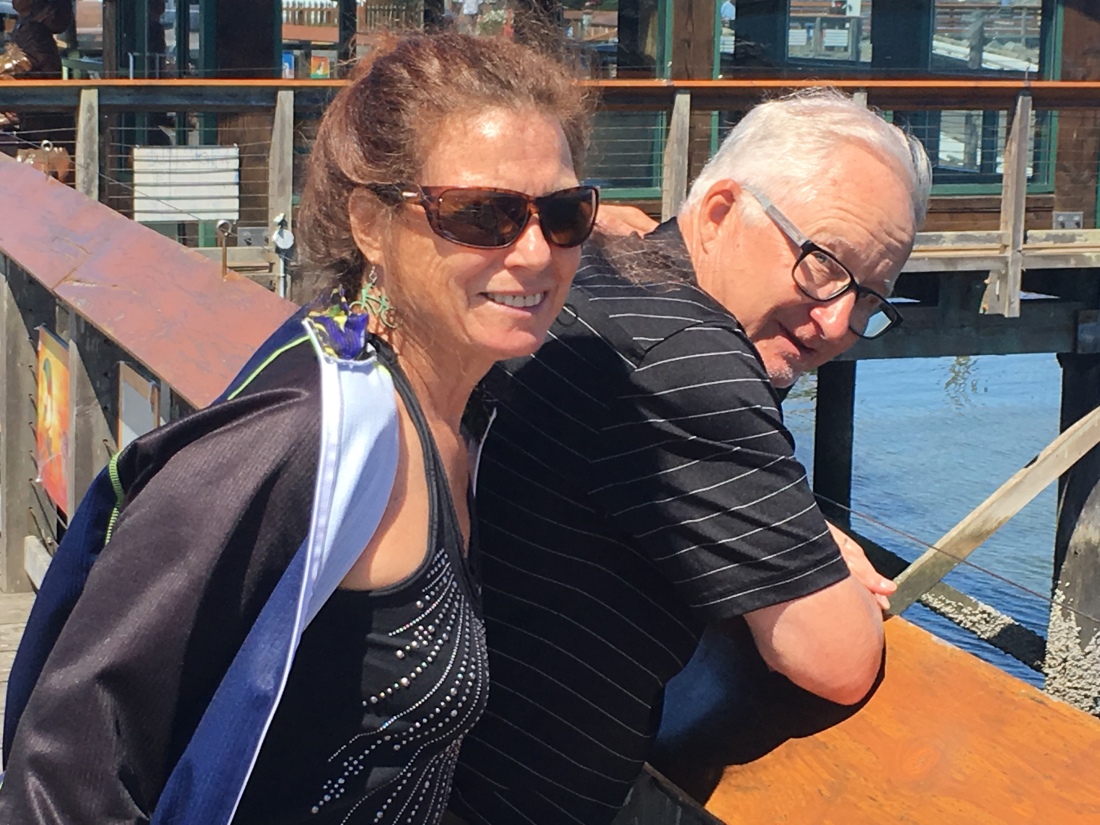 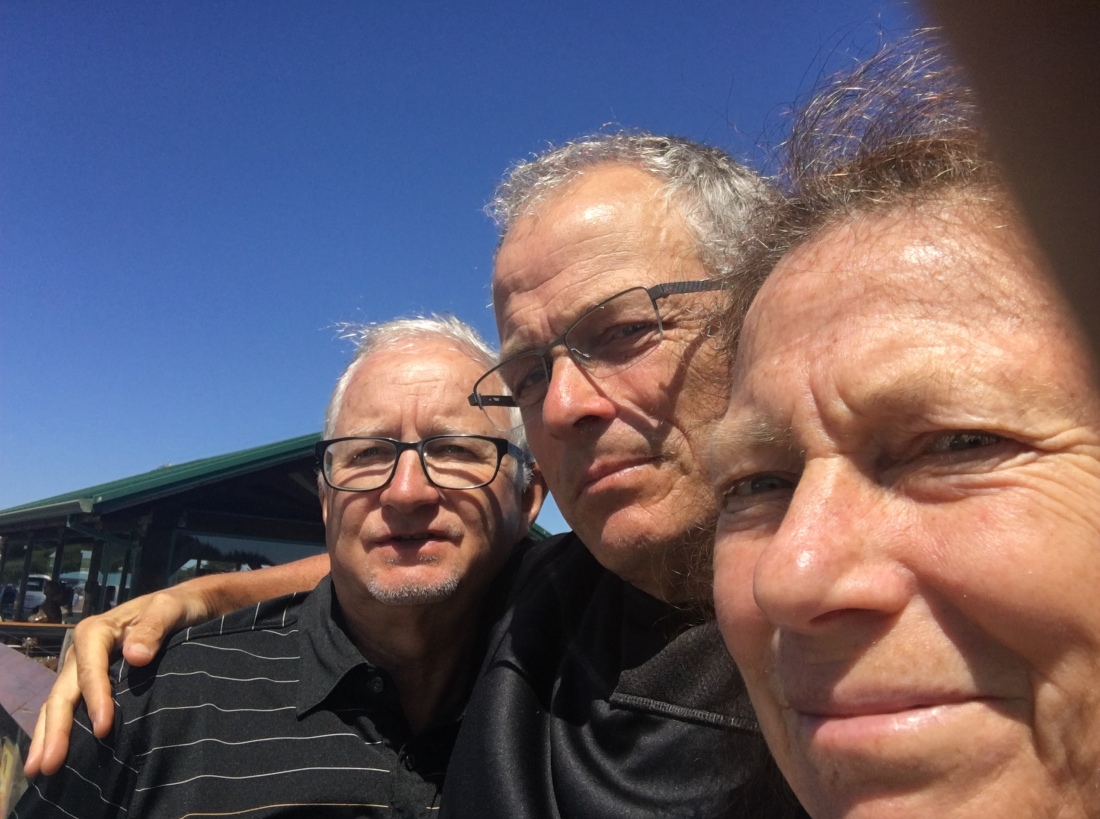 It was good seeing family. Ruthe made me a care package of nuts, cookies, and jerky. It will be good to have extra calories on board. I hope I do not have to share them with any goats or raccoons.

Jim took us out to a fine meal at a local restaurant overlooking the ocean.

Jim and Ruthe have far more experience touring by bicycle. It was good to discuss strategy. I took the opportunity to shed about five pounds of gear, which Jim and Ruthe will mail to Moss Beach, CA. In California I weighed my bike and cargo at 95lbs. This seems like too much. I hope that when I get back to San Francisco next month to shed yet more unnecessary cargo.